Our current investments are in –

Jess was a founder trustee of the CLT and Jericho Road provided fundraising, administration and project development until handing over to the core staff team, which we helped to recruit. Heart of Hastings is also a shareholding partner in White Rock Neighbourhood Ventures, owners of the Observer Building.

The CLT is working in the two most deprived areas of Hastings at present, which are most at risk of gentrification or decline and stand to gain the most from their work:

Heart of Hastings are tenants at Rock House, which provides a learning lab for many aspects of their work – difficult buildings, mixed uses, capped residential and commercial rents, selection and induction process, and community-building among tenants. The evidence from Rock House is that there is need and demand for both residential and commercial space with fair, stable rents and an explicit facilitation to build a sense of community. 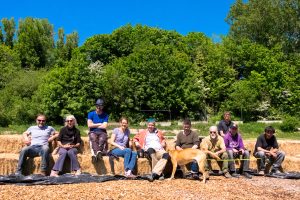 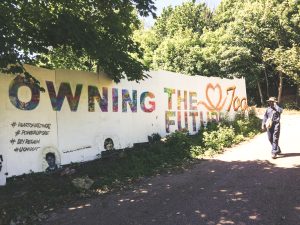 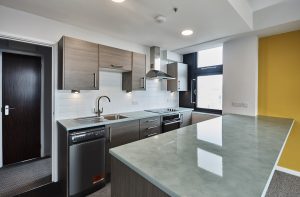 Jericho Road invested the critical early ‘mezzanine’ finance to secure the building, remain one third co-owner of the Rock House and have been intimately involved in all of its development phases.

Alternative thinking and lifestyle require affordable housing and work space, so instead of accepting the inevitability of gentrification (or at least the downsides) Rock House has provided local people with the platform to club together and take ownership of regeneration themselves.

Rock House is a social enterprise redevelopment of a 9-storey 1969 office block from near empty into a mixed-use, creative, collaborative, space for living, working and community action. Two elements rest at the core of its aims: 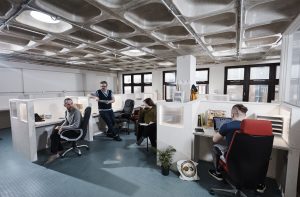 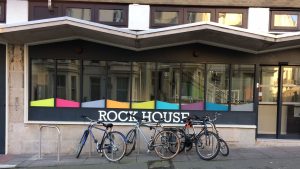 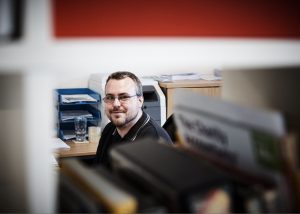 The Observer Building (OB) is the latest, most ambitious project in the hyper­local ecosystem of community businesses developing in the White Rock neighbourhood in Hastings. Our vision – rescue and renovate a vast disused building into a mixed use, capped rent community hub offering opportunities for diverse local people.

The Observer Building offers a new scale of impact for what was achieved through our flagship project, Rock House.

At 4,000 sq.m, the OB is a huge building with unique spaces. It has dragged down the immediate neighbourhood through almost 4 decades of dereliction but has the potential to catalyse significant positive change for local people on multiple levels.

Read more about our plans here. 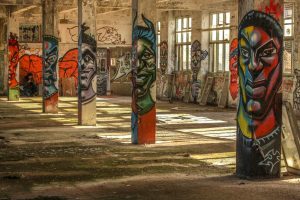 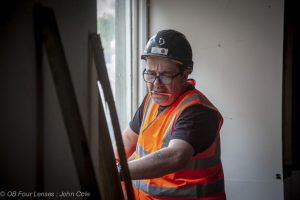 Rose Cottage is a Victorian stable block down the Alley behind Claremont which Jericho Road bought earlier this year. It is currently under development into three artists studios and a common room. The finished space will be a crucial part of bringing life and activity to the underused Alley. The building will run on the same principles as the Observer Building and Rock House – capped rents, community ownership and community self management by tenants. 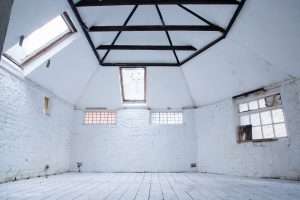 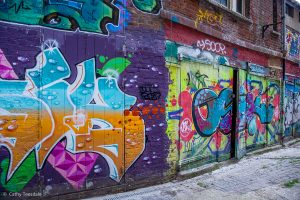 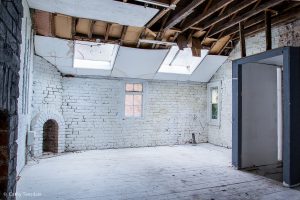 Jericho Road is currently working alongside multiple partners (Heart of Hastings, Project Artworks, White Rock Neighbourhood Ventures, the Alley Association) to develop the Hastings Commons – an ecosystem of buildings and spaces, organisations and people held together with shared values. We think that together we can create a genuine urban commons in a way that will inspire others throughout the country

We received a highly commended award from The William Sutton Prize for Placemaking and Affordable Housing Design in 2019 for this work, which we will continue to develop into 2020. Stay tuned. 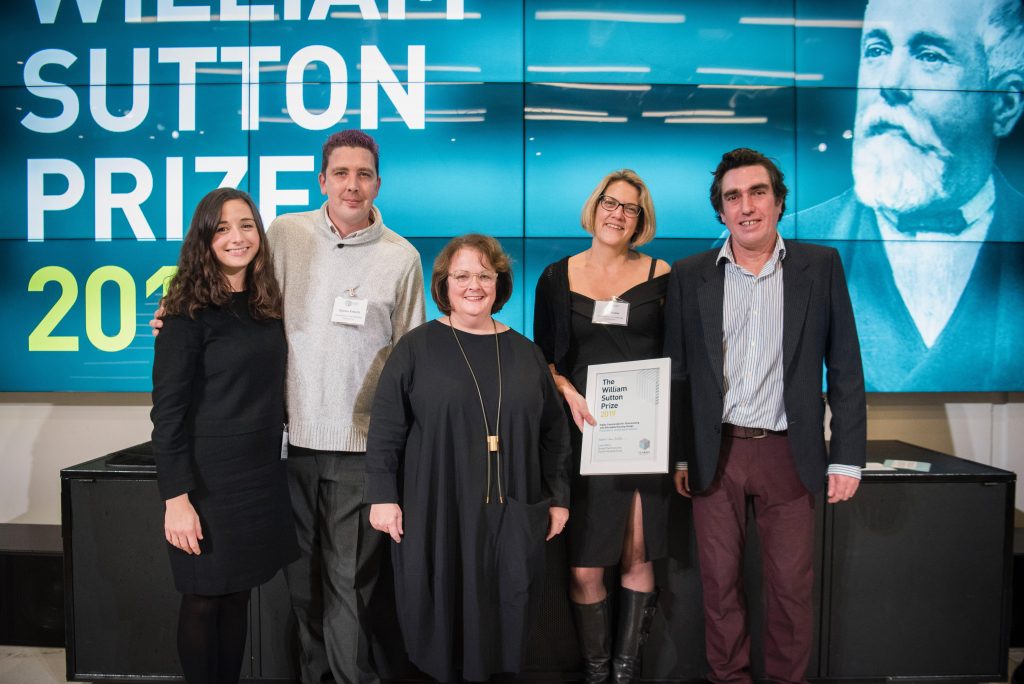 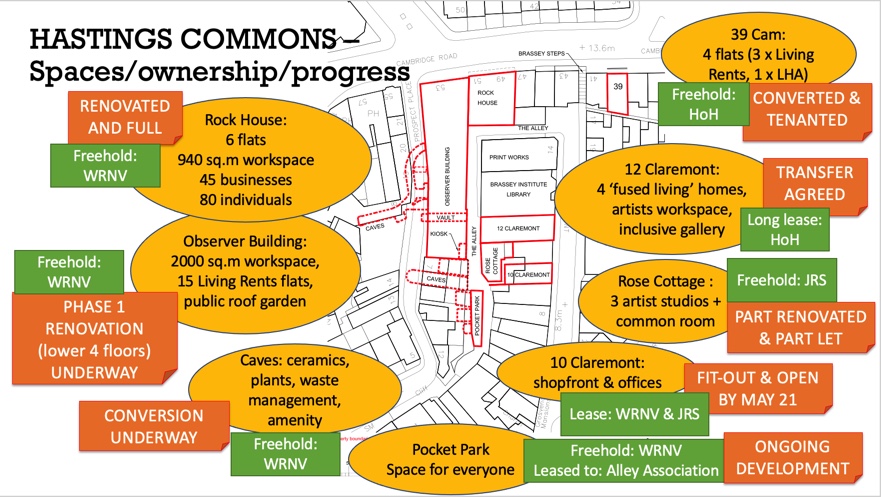 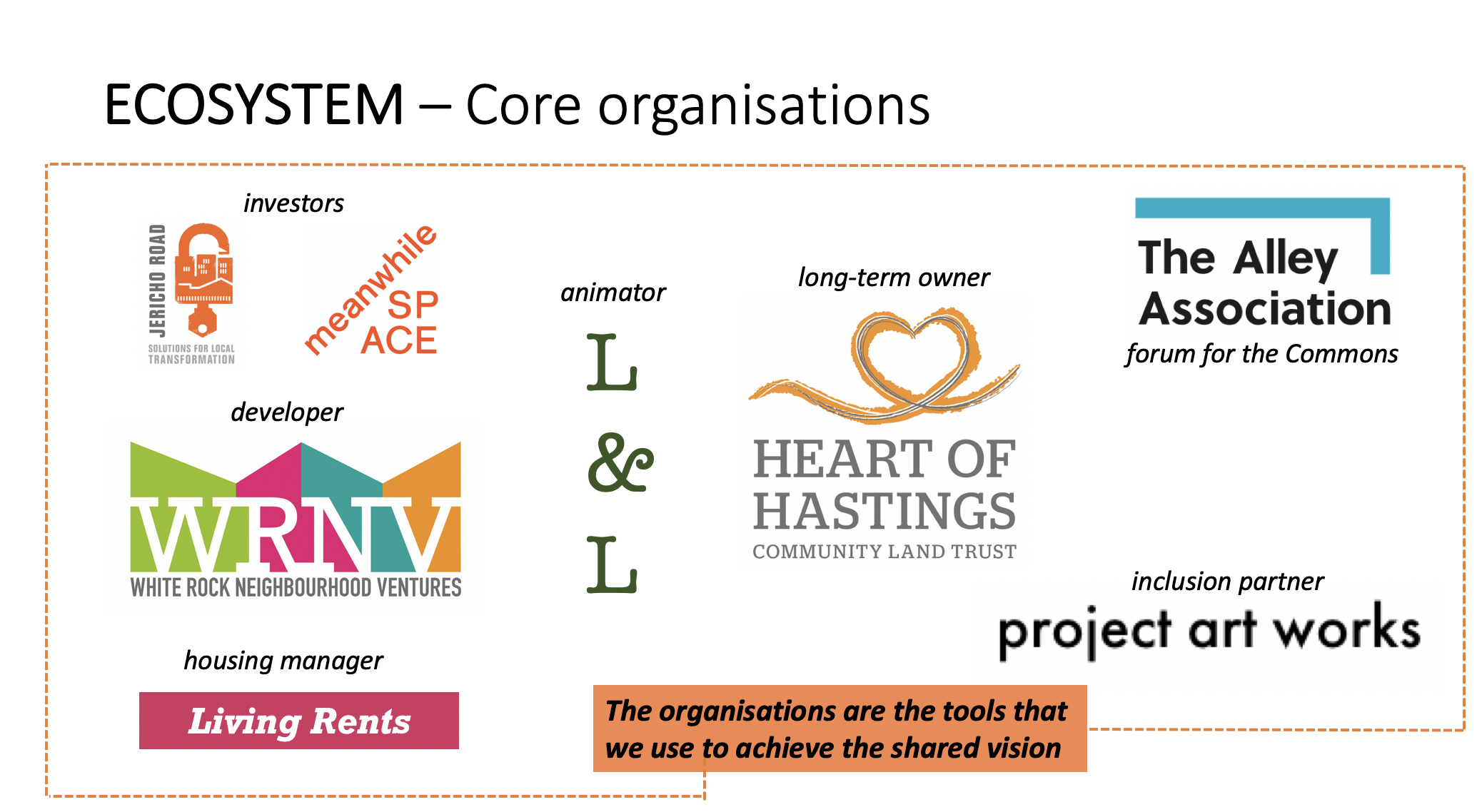