After a good start with weekly blogs I seem to have fallen into Abeyance. It feels like a ditch I want to climb out of.

It’s been a stunning couple of months – which is probably why I feel like a cartoon character seeing spinning stars.

So I’ll just begin and hope there’s something of interest for everyone in this meze of odd experiences and learning.

It started with a 24-hour residential to help redesign the Community Organisers training programme. As we approach the final year of the programme, our task is to consolidate everything we have learned to create a new framework for the Foundations of Community Organising certificate course (along with other training offers like Digital Organising) to hand over to CoCo, the legacy body. This training is expected to be delivered through the Inspiration Network, a group of the most skilled graduate COs, hosts and other trainers. The IN is already operational and providing a great mentoring service within the current programme. Over time it will be opened up to include other trainers – watch out on www.cocollaborative.org.uk for further news.

I left Staffordshire to head straight to Seoul, to join the international guests at the Global Social Economy Forum. I never particularly meant to go to South Korea – I was a last-minute stand-in, but now I’m a convert.

I keep mulling over the enormous contrast with Detroit – the last city that really blew me away. First the obvious – Seoul is economically thriving; it has one of the largest, safest public transport systems in the world; and you would have to search all day to find a building, or part of a building, that’s not in use. Detroit is technically bankrupt; has almost no public transport at all; and has a sadly-deserved reputation for crime and empty buildings. 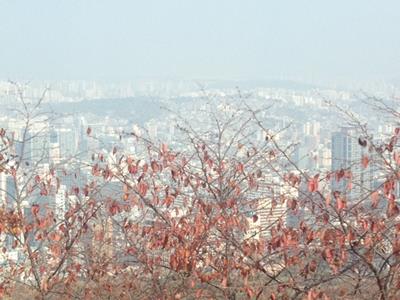 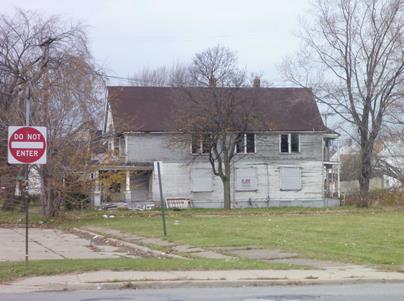 Then the next layer – people eat well in Korea whereas Detroit is a food desert of Saharan proportions; South Koreans are taught to despise the neighbours over the border and the £8m Dorasan station built to cross the so-called ‘demilitarised zone’ (DeeEmZee) has never been used, whereas Detroit looks across the river at tranquil Canada but there are no non-car routes between them.

But in my personal experience these two cities do have some common ground. I walked them both – 6 miles down Woodward on a dark Detroit night, about the same in Seoul up and round Namsam, the mountain in the middle of the city. I met amazing people in both – Grace Lee Boggs, the 98-year old community organiser and ultimate role model, and Park Won Soon, the activist-turned city mayor committed to generating a social economy alongside the dominant jaebeol super-companies (Samsung, LG, Hyundai, Daewoo, etc). Most of all, I hope I get to go back to both cities before too long.

I’d hardly touched down before it was time for Locality’s Convention in Leicester. 600 people from all over the country, all caring about local neighbourhoods – my favourite environment. And I got to meet the wonderful Bernadette McAlliskey again.

I had a Jericho Road exhibition stand and people kept coming to talk to me about precious buildings in irresponsible ownership – my specialist subject. I’m already working with local groups on two piers, a 14th century monastery, a cinema, a former hospital, a newspaper factory and an old bakery. But I really like the sound of the old coach works empty for 40 years and owned by scary gangsters…!

While I was in Seoul my 50-year old brother-in-law died. He was diagnosed with cancer 6 years ago, having only moved in with my sister 18 months before. I went straight from Leicester to Devon to be with her. Of course it was tragic and there were tears but it was also the best funeral I’ve ever been to. We had a lovely little hall beside a river, courtesy of Green Fuse, so about 15 of us spent the day before making origami cranes and lanterns and decorating it. The coffin was made of woven willow, perfect for interlacing with all the flowers and spending time with the coffin was so different from the spookiness of a standard crematorium.

The eulogy was given by a very old friend who caught the balance perfectly between serious memorial and the funny poignant stories any life has. The music was an eccentric mix, with Richard’s own compositions and recordings punctuated by the Star Wars theme. Richard had made an astoundingly detailed large-scale model of the Star Destroyer for one of the family’s crazy annual film projects – it was hanging from the ceiling on display in the hall! As his brother reminded us, Richard always liked blowing things up; they’ve decided to shoot his ashes into space in a specially-designed rocket!

Since then it’s been back to the usual round of good people with ambitious projects in interesting places. Bexhill Community Playhouse have been granted £500k to buy the last cinema in Bexhill. South Parade Trust have finally got an offer from the current owners to sell them the pier. Ancoats Dispensary Trust are about to press ‘submit’ on a £5m Heritage Enterprise bid.

But today Colwyn Bay Pier was thrown into jeopardy by a crazy ‘democratic’ decision. Despite having (nearly) sorted out ownership and having an approved development grant of £594,000 from HLF, Conwy County Borough councillors voted to demolish the 113 year-old Victoria Pier! It’s astonishing how the worst stories of irresponsible ownership are not about gangsters at all but groups of well-meaning but ill-informed politicians. More on this soon…